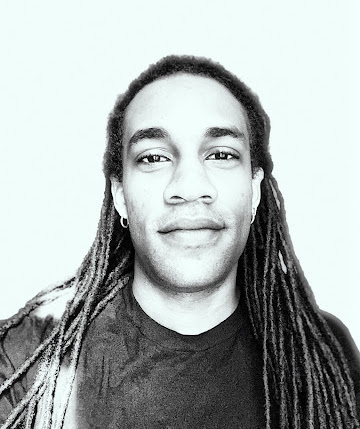 Meet Matt Patterson (mattpatt), an Infinity developer, and an improviser in music and thought. A man who loves jazz, a good burger, and Larry David!

How long have you been at Infinity?

I’ve been with Infinity for a little under a year - but looking forward to many more months and years in the future.

What is one thing you think people might not know about Infinity, but should?

I would say the level of commitment Infinity has towards its employees is what sets Infinity apart from its competitors; treat your people well and good results will follow. Infinity sees the possibility in each developer and provides ample support in their progress, which in turn, creates an environment where the developers aren’t judged for what they’ve done or have accomplished, but judged for their ability and what they can do. During my short tenure here, I’ve witnessed firsthand how supported, unstressed developers can actually look forward to work, producing and contributing above and beyond what is asked.

It’s been my experience that Infinity exceeds expectations on average and I attribute that to the environment cultivated here. Every developer I’ve worked with here has a commitment to excellence and serving the client to the best of their ability, not because we are assigned to, but because we are encouraged, by the atmosphere and culture around us, to reciprocate genuinely.

What is the greatest (or most memorable) piece of advice you’ve ever received?

“Believe in as many true things and as few false things as possible”. I think it is vitally important, especially in the age of high-speed information and the internet that we maintain a skeptical outlook on the information we receive. A healthy skepticism is an evolutionary advantage we have over other animals and something we should practice on a regular basis. It helps to know when you are really wrong and when to change your thoughts about something. Confirmation bias is toxic and deadly.

Do you have a hidden talent? Juggling? Trapeze, perhaps?

I do not have any hidden talents per se! However, I do enjoy playing the guitar now and then. :) I’ve had musical interests as a teen and devoted countless hours playing and practicing (though I wish my skill was commensurate). Mostly, I enjoy playing jazz and blues derived music, since I’ve always been fascinated by musical improvisation in a live setting. I’ve kept my collection of guitars sparse over the years, mainly sticking to one or two. The one I own now is a custom-built electric guitar that was made to look roughly 50 years old. What can I say? I have a flair for retro. 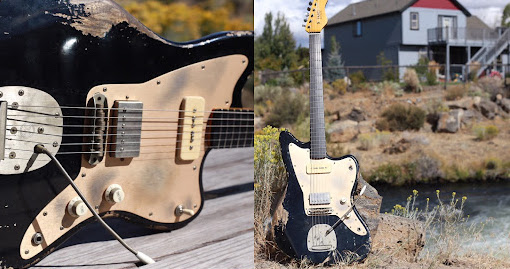 How long have you played?

Fifteen years off and on but more in the last five or six. Several years back, I got interested in swing/soul music and even considered playing live. That never panned out, but I like music theory and improvisational jamming. The band Phish is a jam band and on tour they just improvise for hours. I love recycling older music.

If you could have one superpower, what would it be?

If I could have one superpower I would cheat and become Dr. Manhattan, though I would most likely choose to wear clothes. Manipulating matter, time and space has to be one of the greatest superhero abilities and characters ever written. Kudos Alan Moore. I would also abandon Earth and flee to Mars to build massive crystalline cities, because why not?

What’s an accomplishment - big or small - that you’re particularly proud of?

My proudest recent accomplishment would be getting hired in tech as someone without a STEM background. I worked years in sales, from retail, automobile and real estate, and a few odd jobs before making a decision to learn a skill and commit to a career. I was lucky enough to have the time and opportunity to study programming and comp/sci fundamentals. While dealing with very few distractions, I was able to learn enough to compete for entry-level positions within a few months of self-study. Thankfully, after a short time, I met the good folks at Infinity and we decided this was a good place for me to land. I learned a lot about perseverance and rejection, but more so I grew in personal confidence in my ability to learn and grow in new skills rapidly.

So, after working in sales for over 10 years, I realized I’m not much of a people person, hahaha. Or maybe I like people, I just don’t like selling them things. A friend of mine is a self-taught developer who’s been working for 10 years, and transitioned easily to working remotely. That flexibility to not go into the office on any given day is a bonus, and I always regretted not taking a computer science class in college.

My favorite burger lives in a small restaurant/bar in Fredericksburg, VA called J. Brian’s Tap Room. The burger is called The Big Bad Wolf, which features a beef patty mixed with ground chorizo topped with bacon on a brioche bun. I’m simple but you should try it. 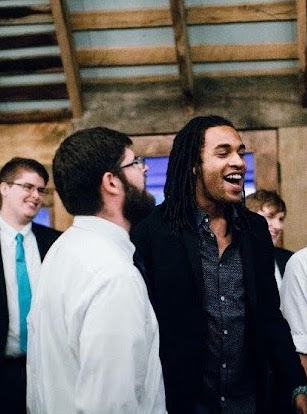 If you could live inside a sitcom, which one would it be and why?

I would live inside Curb Your Enthusiasm. I’m not sure if that counts as a sitcom but the next closest would be Seinfeld. Life is mostly wandering around pretending to understand all the human intricacies of civilized society and, of course, it’s more fun being as cynical as possible while doing it. Larry David and I were perhaps cut from the same primordial cloth, not that I would buy a spite store or date someone in a wheelchair for “handicap bona fides”, but I’ve had my moments…

I’ve had several rituals over the years, mostly consisting of heading to a local mom & pop and ordering some type of Cortado or Macchiato - along with a warm seat by the window, a good book to read or tunes to transcribe (usually Trey Anastasio wailing away). These (COVID) days I’ve found some comfort in staying in and preparing a fresh french press every morning, with eggs, bacon, and sausage of course.