This summer I had the wonderful opportunity to represent Infinity and speak at a number of conferences. Earlier in the year I was doing a much better job of keeping up with writing up my experiences at each conference soon after it happened, but as things got busy over the summer, I got behind. Below the fold, I’ll do a brief recap of each of the five (yes, five!) conferences I’ve spoken at and not yet recapped here. 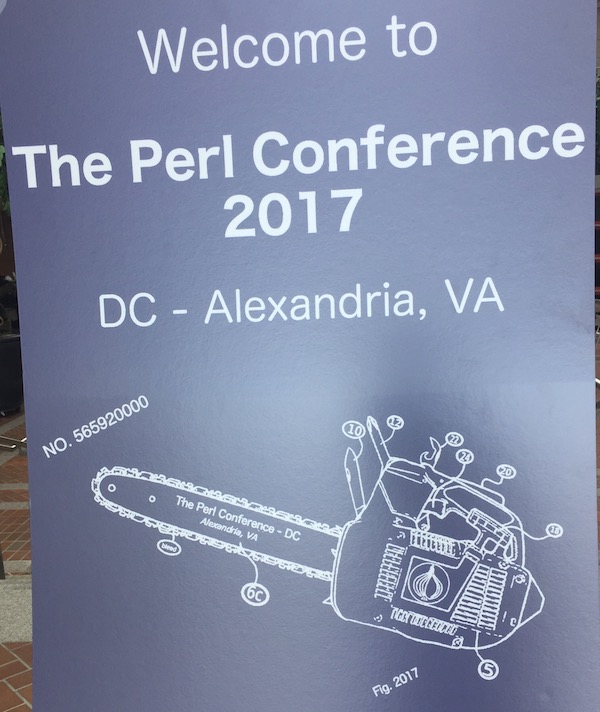 The conference formerly known as YAPC was held in the Washington DC area in mid-June. Perl was my first serious programming language, and I still identify with this community more strongly than any other Open Source group, so this conference is always a high point of my calendar.

I started off the conference by doing a “Perl in a Day” training on the first day, and then presented two talks - “A Modest Introduction to Swift” and “Logs Are Magic”. On the closing day of the conference, I also wrote and delivered a lightning talk called “#speakerlife”. 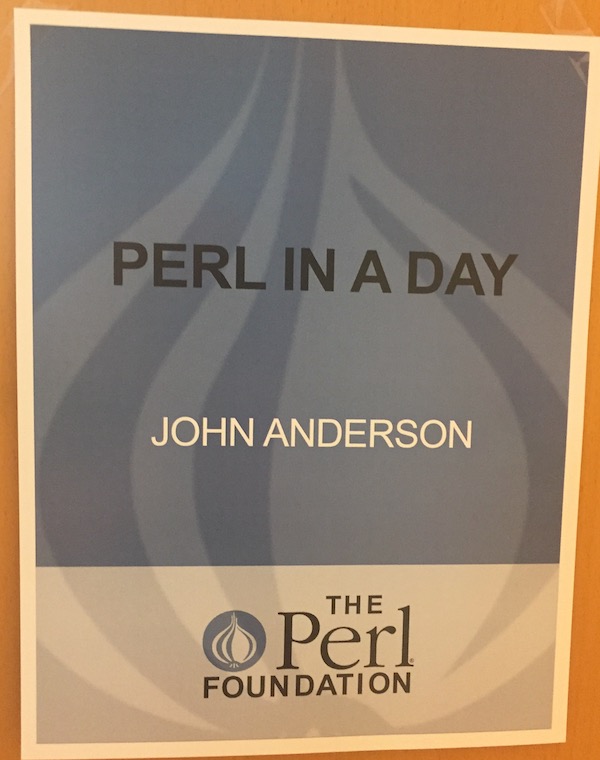 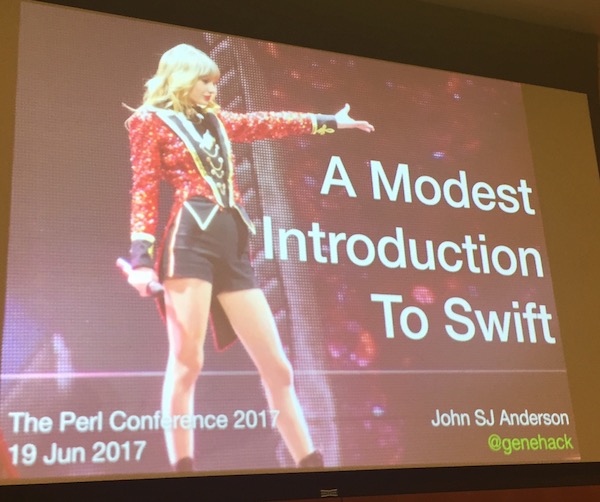 Infinity was also represented by Jay Hannah, who gave a great presentation on some civic hacking he’s done, trying to figure out what’s going on with Tax Increment Financing in the Omaha area. Because of the conference app we had contributed, we also had a booth on the expo floor, where we enjoyed hanging out and catching up with folks. 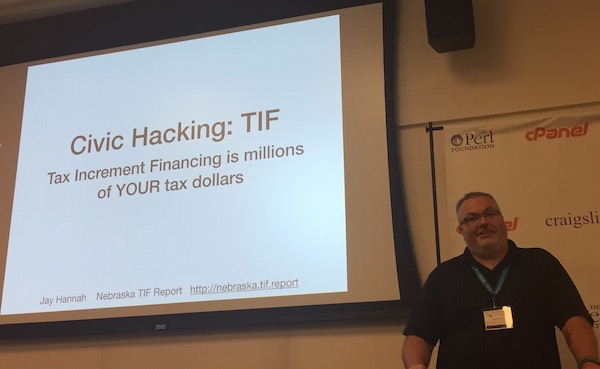 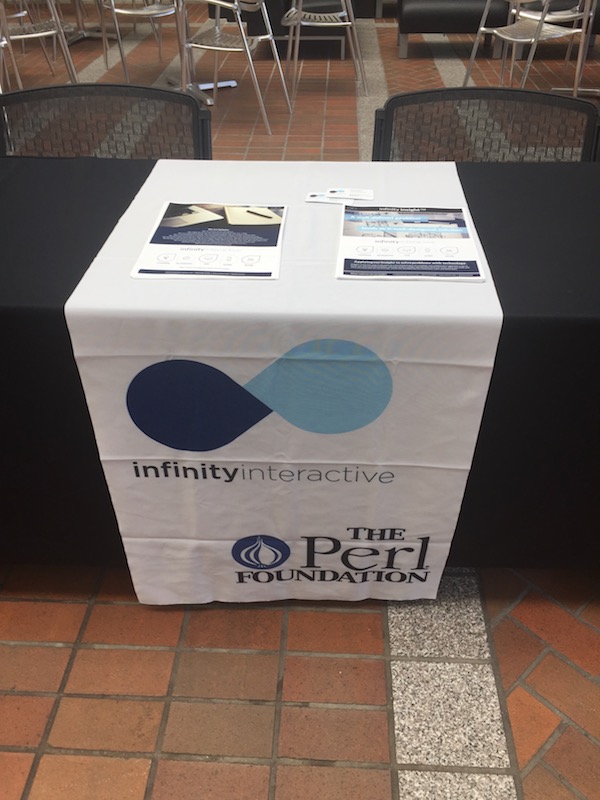 It was great fun to be back in the DC area again (I once lived there for over a decade), as well as to catch up with my Perl family and find out all the new exciting things they’ve been up to. I’m already looking forward to next year! 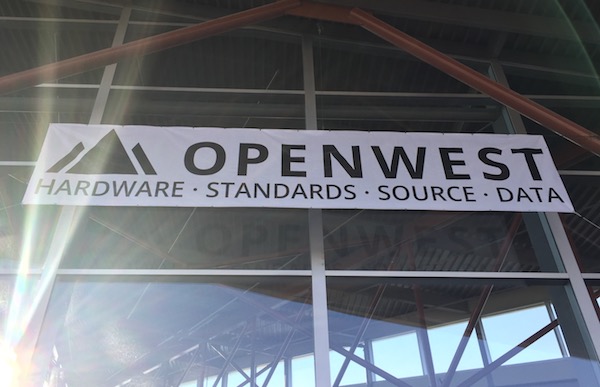 Following TPC, in mid-July, I headed down to Sandy, Utah, for OpenWest — the biggest little Open Source conference you haven’t heard of. I gave three talks at OpenWest — “JSON Web Tokens Will Improve Your Life”, “Friends Don’t Let Friends Browse Unencrypted”, and “Logs Are Magic!” — one each day of the conference. This kept me fairly busy!

Another highlight of OpenWest was getting the chance to hang out for a little bit on a Twitch stream with Spencer “Nibs” Krum. We discussed my “Logs Are Magic” talk and various Git tips and tricks. 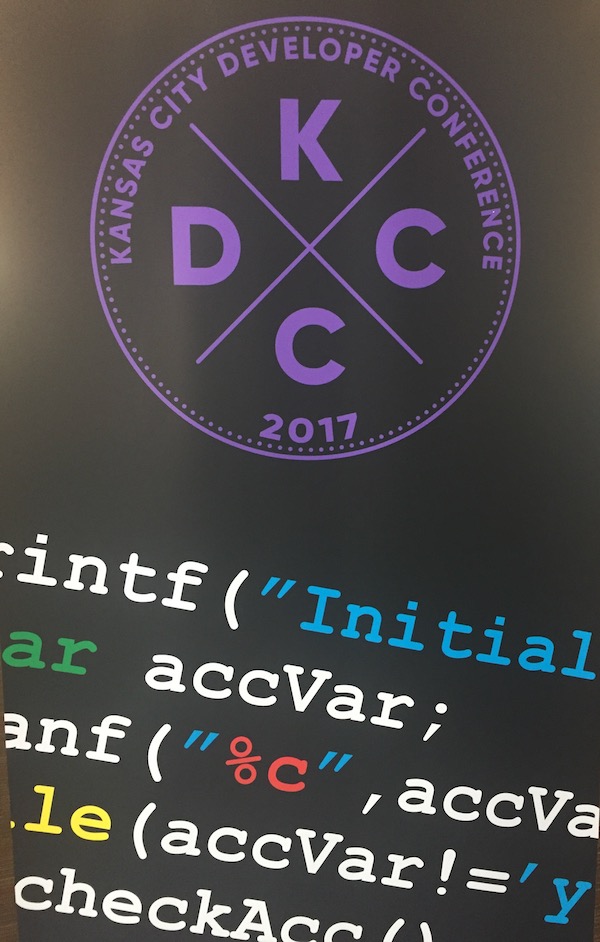 August found me visiting Kansas City for KCDC. This was my first time at this conference, and I discovered that it offered up a very interesting mix of Open Source, web programming, and .NET development content. They also had awesome catered lunches every day, which was super convenient — no leaving the venue to try to find food!

I delivered “A Modest Introduction to Swift” at KCDC. I’ve been to a number of conferences for the first time this year, and I have to say that KCDC was the most welcoming of them all. They had top notch speaker support (and swag!) and a super friendly community. I’m looking forward to my next time at KCDC! 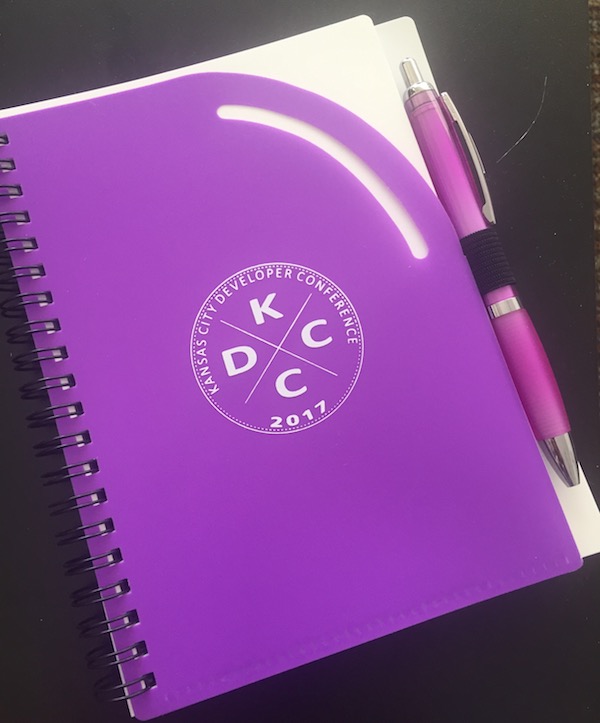 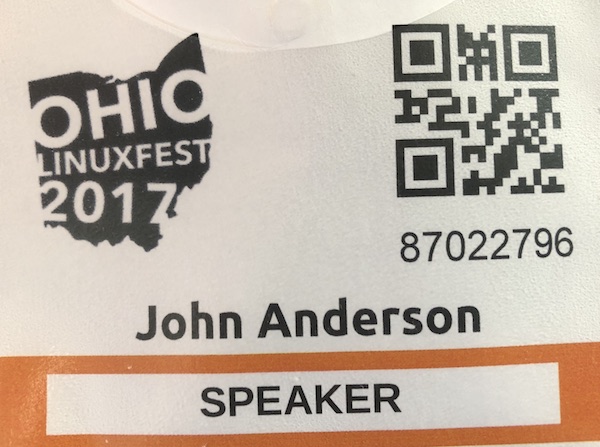 Towards the end of September, I headed off to Columbus for Ohio LinuxFest. I delivered two talks (“Old Dogs & New Tricks: What’s New With Perl5 This Century” and “JSON Web Tokens Will Improve Your Life”) as well as reprising my “#speakerlife” lightning talk.

I ran into a few folks at OLS that had seen me speak earlier this year at LinuxFest NorthWest, who went out of their way to compliment my talks, which was very nice. One even described how “Logs Are Magic!” had caused him to totally rethink how he was using version control in an upper level college programming course he teaches, which was totally awesome. Remember, folks, if you like a talk you see, say something to the speaker — you’ll make their day.

Ohio LinuxFest was very well run for a volunteer-organized conference, and the talks I managed to see when I wasn’t making last-minute tweaks to my own talks were top-notch — I particularly enjoyed the keynote from Máirín Duffy, about the importance of good user experience in Open Source. 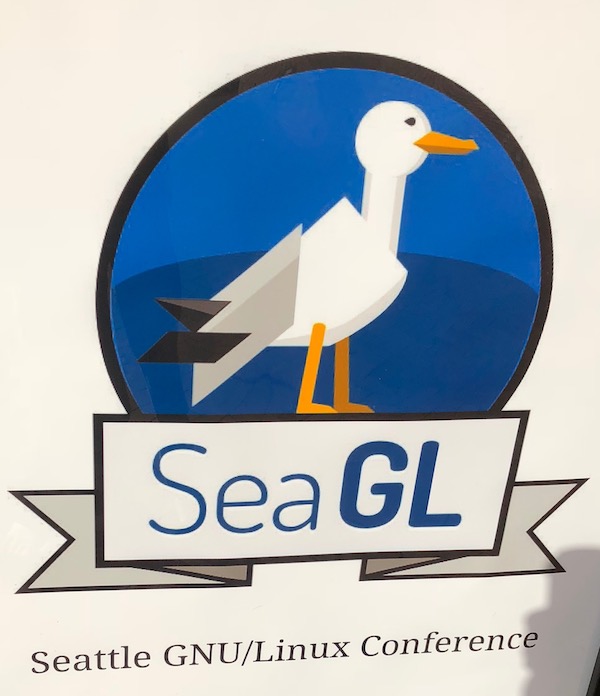 Finally, this past weekend, I drove up to Seattle to speak at SeaGL for the second time. This year, I did two talks — “Logs Are Magic!” and “A Static Site Generator Should Be Your Next Learning Project” — as well as another version of my “#speakerlife” lightning talk at the after party. This was my first time delivering the static site generator talk, and I think it went really well! I’m looking forward to revising it and delivering it a few more times next year.

I was on the program committee for SeaGL, so I’m probably more than a little bit biased, but I think we had a really great set of talks this year. In particular, “Writing the Next Great Tech Book” by Brian MacDonald was super enjoyable. If you’ve ever considered writing a book, you should try to see Brian’s talk — he’s got the inside info and he shares all of it.

…and one more to go!

I’ve got one more conference on my calendar this year — All Things Open, coming up in a few weeks in Raleigh, NC. I’ll be giving my “A Modest Intro to Swift” talk (and then probably retiring it for good, or at least a good long while). This will be my first visit to ATO, and I’m extremely excited for it. I’ll be looking forward to seeing many friends and making many new friends — hope to see you there!