Infinity Interactive is proud to announce that we are officially a Xamarin Premier Consulting Partner!

Infinity has a long history with Xamarin, starting in 2012 when some of our developers attended Visual Studio Live! 2012 and learned about Xamarin. Since our developers already had extensive experience with C# they were quite excited at the idea of developing high quality native apps for iOS, Android and Windows Phone in C#, from a common code base.

Since then, we’ve gone on to develop many mobile applications with Xamarin. We’re also excited to share our experiences with the Xamarin and .NET community! Our developers are passionate and regularly host and attend Xamarin user groups, as well as giving presentations at conferences. Sean Sparkman, one of our Xamarin developers, was honored as a Xamarin MVP in 2015.

Some of the events our Xamarin Certified Developers have spoken at include:

If you’re thinking of developing a high quality native mobile application on iOS, Android or Windows Phone then be sure and connect with us, our Xamarin Certified Developers are ready to help make your ideas a reality! 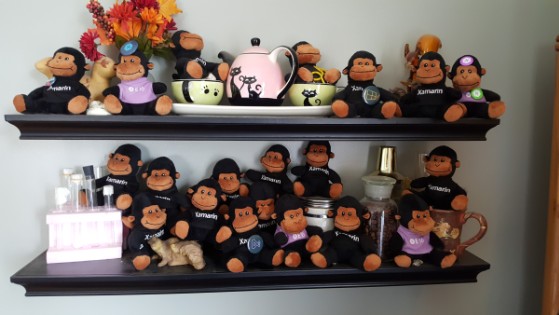