This past weekend the MKE DOT NET conference was held in the Milwaukee area. This was the second annual MKE DOT NET conference, and from what I’ve heard from previous years’ attendees, it’s bigger and better than last year! I was super excited to not only attend, but to give an Introduction To Xamarin talk as well. 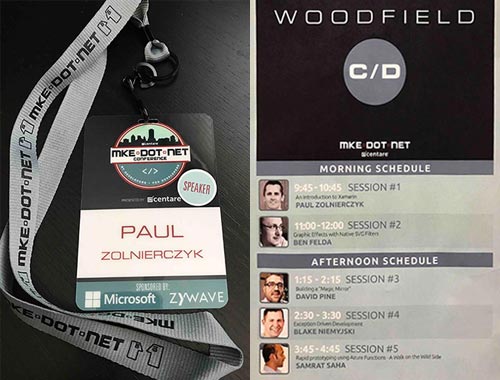 The day started off with a keynote by one of my personal favorite speakers out there, Scott Hanselman. He presented on the direction of .NET and specifically in .NET Core. (.NET Core is a cross-platform, open source, and modular .NET platform for creating modern web apps, microservices, libraries and console applications.) Scott showed us that with just a few command line commands, you can use C# to whip up a quick “Hello World” console application and deploy a sample web application. Microsoft makes this possible not only on Windows, but also Linux and Mac. It even ships in a Docker container. Long gone are the days when you had to spend an entire day downloading Visual Studio, .NET Framework, etc.

I was up next. Scott’s a tough act to follow, but fortunately Scott’s talk segued perfectly into my talk. Building on Scott’s keynote where he showed us how you can use C# to develop on Windows, Linux and Mac, my talk showed how you can use C# and Xamarin to develop for iOS, Android and Windows Phone. C# may be becoming the one language to rule them all. 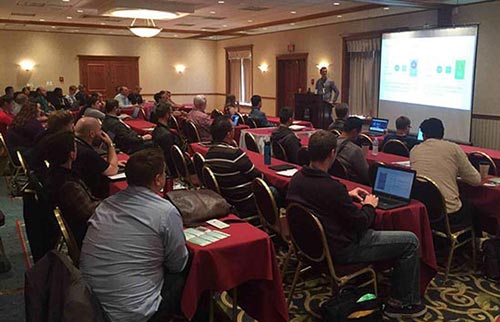 I had a great audience and the talk went well! I hope I was able to inspire a new set of Xamarin developers out there. I’m also looking forward to my next talk; once you start presenting you just want to keep doing it more and more.

Dealing with Information Overload and Being More Productive

After my talk, I, of course, had to see what Scott Hanselman had to say in his next presentation, Dealing with Information Overload and Being More Productive. There’s a lot of noise in our daily work lives so we need to filter out the unnecessary noise and learn how to not get overloaded. I felt like Scott was speaking directly to me. And he didn’t just cover our 9-5 work lives but talked to the personal side too. Don’t let things like a backlog of DVR recordings weigh you down mentally. Delete things. Have a pile of books on your desk you’re going to read? Is one of them 6 years old and no longer technologically relevant? Get rid of them. Don’t maintain a monument to failure, get rid of those books you’re never going to read. (One last piece of advice; don’t be an “askhole”!) 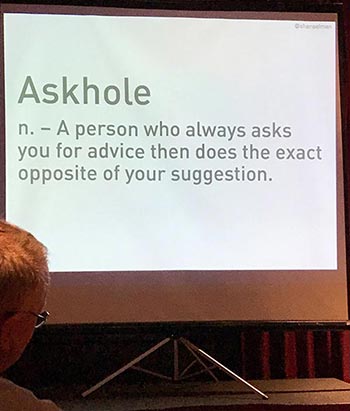 At lunch I talked to another speaker, Blake Niemyjski. We talked a bit about his session on Exception Driven Development as well as his open-source project Foundatio which I look forward to taking a look at.

Hololens and The Future with Augmented and Mixed Reality

The afternoon was filled with fantastic sessions. I had a really hard time choosing which one to attend! I ended up at The Future with Augmented and Mixed Reality by Greg Levenhagen, a Microsoft MVP. This was the first time I attended a talk on the Hololens and saw it in action. My mind was blown! Microsoft is working with Medical schools to use the Hololens to simulate virtual surgery. It can also be used in the construction world to view building designs - with accuracy down to the millimeter. I need to get my hands on one. Just waiting for that price to drop a bit… 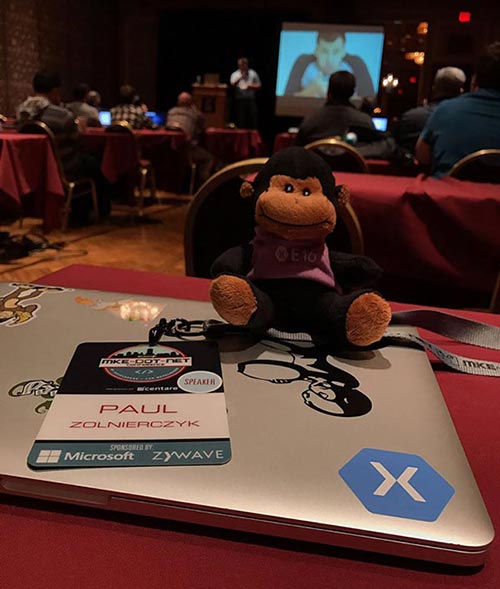 Deep into The Woods with Xamarin Forms

Matthew Soucoup, another MVP, gave a talk called Deep into The Woods with Xamarin Forms. This was a really great talk on the advanced side of Xamarin development. Matthew even went as far as doing the dreaded “live demo” without any issues! I learned a few performance tricks that I will apply to my Xamarin.Forms projects. If you have a chance, take a look at Matt’s code and slides on GitHub, and see if there are any Xamarin performance tricks you can benefit from.

Taming the JavaScript Dragon with TypeScript 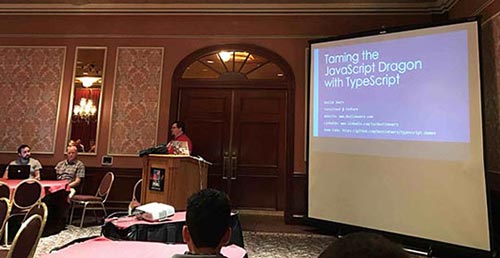 To close out the day, I decided to change direction a bit and went to the land of JavaScript where the JavaScript dragon was running rampant! Fortunately for me, Dustin Ewers had a great session on Taming the JavaScript Dragon with TypeScript. Personally, I’m terrified of JavaScript, I feel at home in Visual Studio and like having my code checked by the compiler or have the ability to refactor code easily. Dustin demonstrated how you can use Visual Studio to create TypeScript projects that compile down to JavaScript and can be used in any browser or even Node.js applications. This has given me the confidence to add TypeScript to one of the next technologies to learn. I appreciate languages like C# and JavaScript that run on many platforms.

See You Next Year!

Just like that, another MKE DOT NET is in the books, but not before we had our happy hour! It was our chance to talk with all the attendees over a drink and reflect on what we learned that day and how we’re looking forward to MKE DOT NET 2017! See you next year! 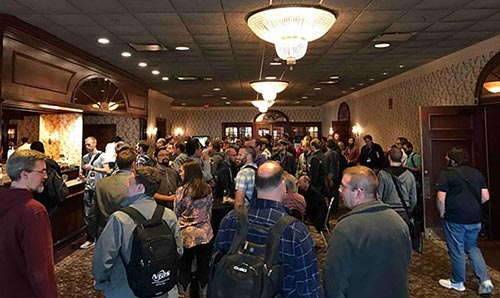 P.S. Check out the cool swag we received, a sweet beer glass! It looks great right next to my Xamarin Certified Developer plaque. Now to go get some beer and put it to use! 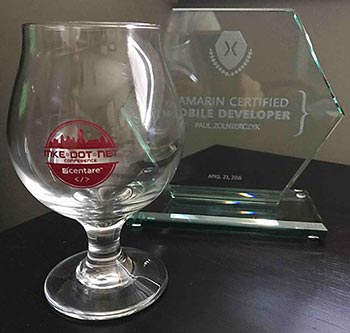